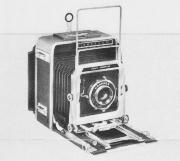 The Super Graphic and Super Speed Graphic were made from 1956-1973.

The two models are near identical: the Super Speed Graphic has a 1/1000 sec Graflex Optar lens, the Super Graphic does not. The series uses rangefinder cams similar to (but not interchangable with) the top-RF Speed/Crown.

The chassis is cast metal, like a Linhof, rather than composite (wood/metal). The Super Graphic is more compact than the Pacemaker.

There is an electric powered body release for the shutter and a flash guide number calculator coupled to the rangefinder. The rear focal plane shutter has been discontinued.

The back revolves 360 degrees.

The front standards has a full range of rise, shifts, tilts and swings, an improvement over the Pacemaker series:

The salient feature of the Super Speed Graphic is the 1/1000 sec shutter. Below is a page from a Graflex brochure describing the wonders of the shutter. 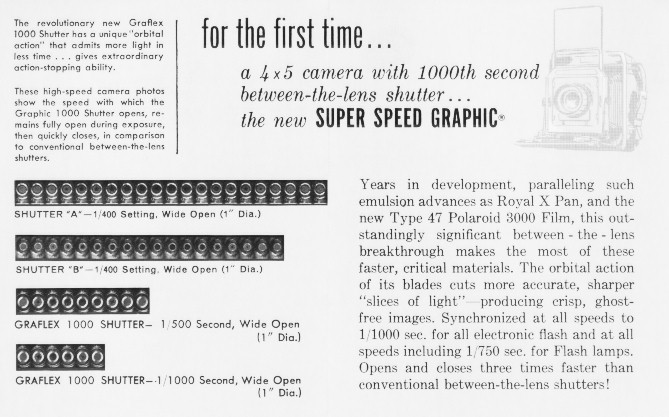